Strip NC is a detoxification product that is used to cleanse the body of toxins.  Many people use it to pass a “piss” test. However, it is not labeled for detoxification of the body before urinalysis drug tests.  This detox drink contains b-vitamins and creatine, which means one of its mechanisms of action is dilution.  Dilution is when one consumes extra water so that there is less drug metabolite per volume of urine.  This can dilute any and all drugs, in hopes of making it undetectable by tests.  It also contains a laxative herb which can help get drugs out of the digestive tract.  If you take it, be mindful that many people say it tastes bad and causes nausea and diarrhea.  Some people, believe it or not, belief no pain any gain, so they look for something that tastes like crap and makes them feel sick.  To each his own.  I would say that the dilution effect should work for up to 5 hours if done correctly.  If you use it for that purpose, you should try to time it two hours before a drug test. If you’re using it as a laxative or believe in detoxing toxic substances or other toxins from the body, keep in mind that you’ll probably want to be close to a toilet. Some users have also reported vomiting as a result of using the product. 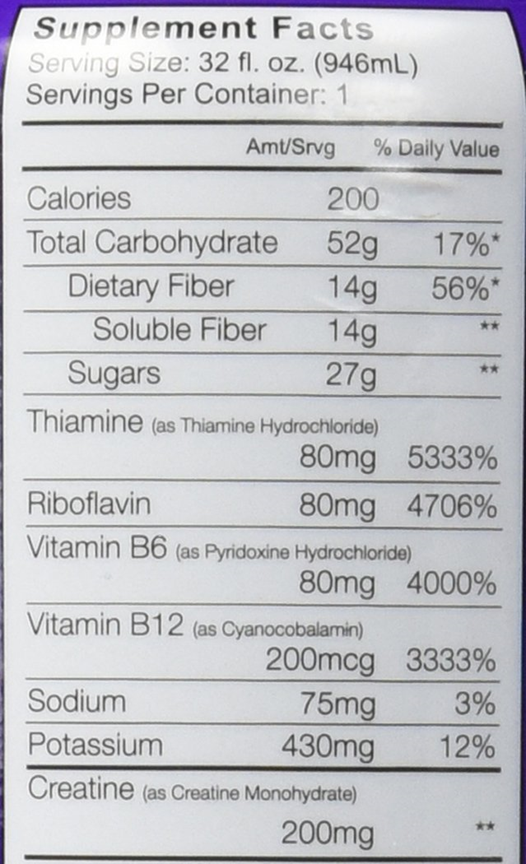 Strip NC, as you can see, contains a variety of B vitamins, including thiamine, riboflavin, vitamin B6, and vitamin B12. B-vitamins play a role in energy metabolism in general. This could make fat burning easier, especially in people who are deficient in b-vitamins, such as alcoholics or people with poor digestion. This may result in THC leaking from fat cells and being eliminated. However, the b-vitamins in this detox drink have no discernible effect on this. Also, you don’t want your THC to be released from cells right before the drug test, as this will result in higher levels in your urine. Any attempt to burn fat in order to minimize the quantity of THC in cells should be made at least 5 days prior to the drug test and stopped well before the test. B-vitamins are simply utilized to make the pee a bright yellow color so that the testers don’t notice it has been diluted. A comparable function is performed by creatine. It elevates creatinine levels in the urine, making it difficult to tell if the pee has been diluted.

Cascara Sagrada and Psyllium Seed Husk are two of the unique components. These function as a laxative, removing any THC and other substances from the digestive tract. Keep an eye out for a toilet. The earlier formula had papain, which breaks down proteins and can cause drug tests to fail, but this one does not. Check to see if your product contains papain, which could be beneficial.

How to use Strip NC Natural Cleanser Detox Drink

Use the following directions:

It should be emphasized that neither Wellgenix nor Covert Labs, the vendor and producer, represent this medication as a drug detoxer. We couldn’t discover any particular information about returns, however you might be able to get a refund if you buy from a different provider or website. Wellgenix can still be reached at 800-868-6122 or by email at [email protected].  Again, we don’t know about their return procedures, however they do provide a way to contact them.

When to use and not use:

Most people should be fine using this Strip NC Natural Cleanser, however there are a few exceptions. This product is a supplement and should not be used if you are under the age of 18, sick, pregnant, or on other prescription or over-the-counter medications. Before taking a supplement like this one, you should talk to your doctor.

Firstly it’s important that you read the ingredients thoroughly to ensure that you’re not allergic to anything listed.  These products can feature a ton of different herbs and users may not realize that they are allergic to certain herbs which they’ve never consumed before.  Diarrhea and nausea are two possible side-effects of this product.

To pass a saliva test:

According to our investigation, this product’s provider does not appear to offer a saliva product. Having said that, there are a variety of mouthwash products on the market. This includes mouthwashes like Ultra Klean Mouthwash and Stinger Detox Mouthwash.

To pass a urine drug test:

Other detox products made by Covert Labs include Strip Oral Cleanser, numerous Puriclean Instant MAX Cleanser variants such as Release Gels and Fruit Punch Liquid and the original Puriclean Instant Cleanser.  Visit their website shop for a complete list of their products. Remember that you’ll probably be able to find these items for less money on sites like eBay and Walmart. The strip Oral Cleanser is a daily oral supplement that is primarily intended to cleanse the body (urine, blood), but it may also defend against saliva tests.

Q: Is Strip NC Natural Cleanser effective against opioids and alcohol?
A: This product may speed the removal of alcohol from your system which naturally leaves your body at the rate of about one drink an hour.  As for opiates, it may also help speed up their detoxification too.

Q:  Will lab tests for probation find it detectable?
A:  It’s unlikely that the ingredients alone will stand out as an issue to the testers.  That is because the ingredients featured in this product are largely natural ingredients such as herbs, creatine, and vitamins.

Q: How long is it going to last?
A: Strip NC Natural Cleanser’s detoxifying properties should persist for at least several hours. Any dilution approach that is used 2 to 3 hours before the test yields the best results. You may need to wait three hours for diarrhea to clear after using this medicine. Again, some people prefer the diarrhea, especially if they have eaten something edible. If you don’t flush it out, medicines will leak from your intestine, into your circulation, and into your urine.

Q:  Do you have directions to get Strip NC near me?
A:  Strip NC Natural Cleanser is available from online retailers like as Amazon and Walmart.

A case of a positive review.  On Amazon, one of the Strip NC product’s featured has 59% five-star ratings, with almost ¾’s being ratings of three-stars or more.  On the other hand, 24% are 1-star ratings which are still a substantial amount.

An example of a negative review.

Our rating: 3 out of 5
This is a fairly decent product to use for dilution of drug metabolites. It contains the basics, creatine, and b-vitamins, needed for dilution. However, the herbs can cause diarrhea and that can seriously make a mess of things. Also, it tastes bad according to online reports and it may cause nausea and vomiting. We would say, if you have taken drugs orally and some may still be in the digestive tract, then this might be the detox product for you. Be close to a toilet and good luck.

Family Medicine for America's Health
Recent Posts
You may also like
Puriclean X2 Double Strength Review
There could not be a worse situation than the short
01.2k.
Does Clear Choice Sub Solution Really Work?
It’s time for the annual drug test in your company
01.8k.
Xpulsion Detox Drink Reviews
Intro: Using Xpulsion Detox For Weed Detox Xpulsion
03.3k.
Detoxify Instant Clean Reviews
Introduction: Using Instant Clean For Weed Detox This
02.3k.
We use cookies to ensure that we give you the best experience on our website. If you continue to use this site we will assume that you are happy with it.Ok