It is generally those who have used methamphetamine who want to know how to pass a urine drug test using baking soda. The reason for this is that baking soda increases retention of the drug and maybe to an extent such that only undetectable levels are excreted in the urine during the time of the drug test.  Let’s see how these claims stand up to scrutiny.

Does Baking Soda Flush Your System?

Does baking soda detox your body?  For the most part, no. It does not flush your system.  Baking soda is a substance that reduces acidity and makes your stomach, blood, or urine more alkaline. How might it work? According to an article published in Clinical Psychopharmacokinetics:
“Sophisticated users know that concomitant ingestion of an alkaline compound (e.g., sodium bicarbonate) enhances bodily retention of the drug, and increases the time window for a negative urine drug screen.”[i]

A bit higher, you can see the table prepared by FMAHealth with top products in such a niche –Toxin Rid and Mega Clean. Apparently, chemical reactions at the kidney having to do with ion-exchange when the blood is more alkaline inhibit the removal of methamphetamine metabolites from the blood.  Therefore, taking an amount of baking soda before a urine drug test may reduce the likelihood of coming up positive. Also, it will be useful to read about drug testing myths at first. 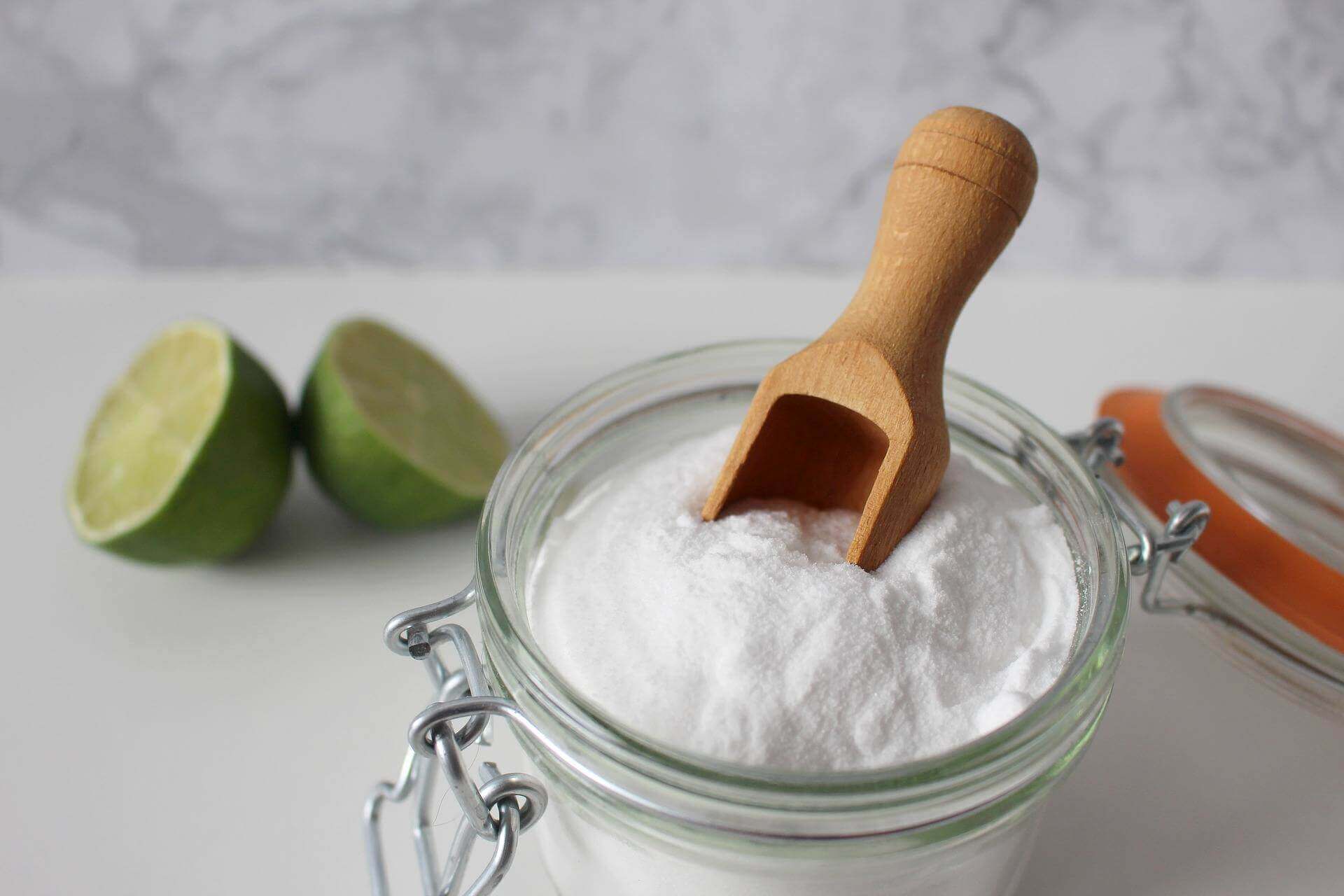 Before we get into how people have used baking soda to aid in passing a drug test, we should note that drinking baking soda in large amounts is not entirely safe.

The Missouri Poison Control Center has on its website a case study of a suspected methamphetamine user who used large doses of baking soda in an effort to pass a urine drug screen.[ii]  He took 5 tablespoons of baking soda and drank a gallon of water.  This is too much baking soda, as well as too much water.  Also, he was trying to pass a test for marijuana whereas most users of this method say that it only works for methamphetamine.  So, he may have been doubly uninformed.  Lucky for this guy, the stomach was suctioned and repaired.

Another case study in Emergency Medicine Australasia in 2018 entitled Severe Metabolic Alkalosis from Acute Baking Soda Ingestion Presenting with Acute Respiratory Failure and Ischemic Stroke presents a fatality associated with ingestion of large amounts of baking soda.[iii]  While small doses are safe, large doses can cause severe neurological and metabolic problems.  This patient presented with metabolic alkalosis when the blood is too alkaline to function properly.  A 70-year old woman with a history of health issues presented to the ER with altered mental status.  They discovered she had hypernatremia, which is too much sodium in the blood (baking soda is sodium bicarbonate NaHCO3).  She eventually suffered a stroke and passed away 3 days later.  This was attributed to the use of a large amount of baking soda to pass a drug test she had taken.

In another case report, a 61year old man suffered a cardiac arrest after years of using excessive doses of baking soda to treat heartburn caused by alcoholism.[iv]

In the Western Journal of Emergency Medicine, they describe a case of a 33-year old male who was found wandering the streets confused.[v]  He had a history of schizophrenia and of abusing various drugs.  He had the empty box of baking soda on him when they found him.  He had tachycardia and facial twitching.  He was having seizure-like convulsions.  He was found to be suffering from high sodium levels which precipitated a brain hemorrhage.  He was treated with electrolyte replacement and recovered inpatient in the hospital over the next four days.  Once he came to his senses, he told the doctors he had taken the whole box of baking soda.

You need two ingredients, baking soda, and water. Keep reading FMA Health to get know more about it.

Now dosage is the biggie.  Online, reports say 2 o 3 tablespoons, but as we have seen, one of our nearly dead experimenters took 3 to 5 teaspoons.  That’s too close to death to be experimenting just to pass a drug test.  However, baking soda is used as a supplement under two conditions.

One is it is taken with a glass of water, one teaspoon, as an antacid.

The other is for bicarbonate loading which athletes use to improve physical performance.  You can take in divided doses, a total of 4 teaspoons, or 1.25 tablespoons.  Taking more than this will likely cause stomach upset and you could end up in one of these dangerous scenarios outlined above.

So, take a bicarbonate loading dose since this has been tried by many athletes.  You can assume that if you’ve taken enough to enhance physical performance, then surely it has reached the blood and the kidneys.  This does not mean that you cannot meet with gastrointestinal upset or exacerbate electrolyte or salt imbalances you may already have.  So, be careful, listen to your body, and do only what is comfortable.

Lastly, trying to beat a drug test, even by taking a normal OTC ‘adulterant’, may be illegal in some jurisdictions, so look up your region’s laws before trying anything suggested online or here.

This Reddit user used one tablespoon of baking soda at one time.  Taking that much at one time is expected to cause stomach upset and diarrhea.  He suggests wearing some type of diaper underwear in case of accidents.  Not pretty.  However, he combines this with a dilution method.  Combining dilution with a bit of baking soda may give you a good chance of masking amphetamine use.   A tablespoon may be too much to take at one time.  You can vomit so hard you rupture your stomach.  So, split up the dose over time.

This user swears by the baking soda method as well.  He says he uses 1 tablespoon per 50 lbs and it causes explosive diarrhea.  We cannot recommend that as it will cause overdose health problems.

This user doesn’t buy it as a foolproof plan.  He claims the only way to test clean is timing.  Smoke (meth) right after your test then stop so that by the time the next court-ordered test is coming up, you’ve had a clean out period of at least two days.

This guy just hit the road and fled the courts.  This may be illegal.

Q: How long does it take for methamphetamine to get out of your system?
A:  It can take 4 to 7 days of abstinence to ensure that it’s long gone. 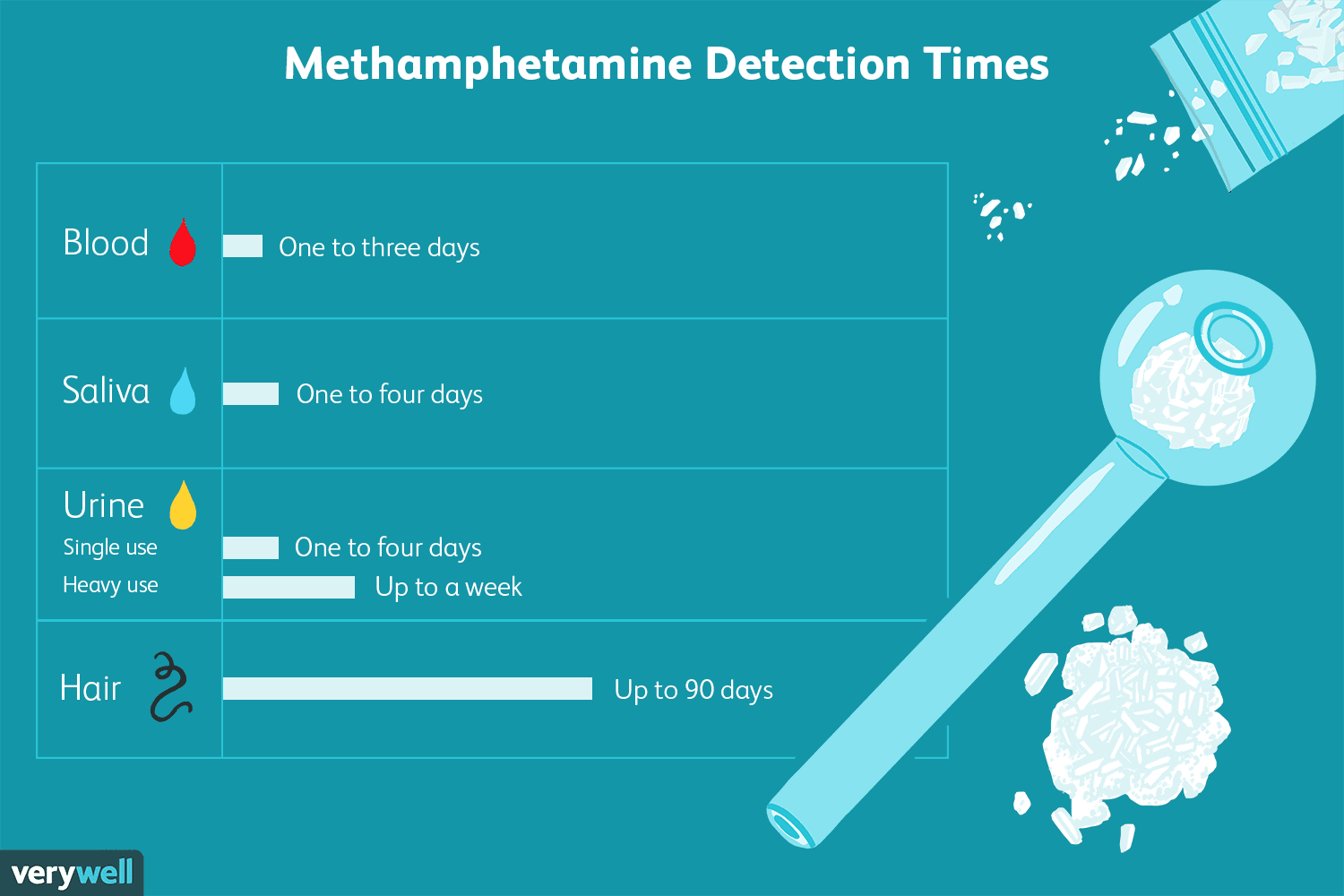 The online anecdotal evidence points to the idea that this can work for one drug, methamphetamine, if taken with water on the day of the test, about 3 hours ahead of the test.  It will not likely work for other drugs.  You can also read about the best detox drinks . Also, there are a lot of other methods, how to dilute urine for a drug test. The downside is that if you take 2 or more tablespoons, you could experience upset stomach or even life-threatening electrolyte imbalances.  Use it at your own risk. Remember, that the most challenging thing is to beat a supervised drug test. Clarify this detail before passing. Also, if you want to take a chance of the desired result two times higher, try to compound it with ready-to-drink pills, such as Toxin Rid or Powdered Urine.

Are You About To Pass A Mouth Swab Drug Test?

Buy Now
You may also like
Is tea helpful for marijuana detox. Is it possible to pass a drug test?
Many of us have tried countless methods to pass drug
05.8k.
THC detox: How to get THC out of your system?
This article will help if you want to get weed out
013.7k.
Will pickle juice help me pass a drug test?
Does drinking vinegar help pass a drug test?
06.5k.
Cranberry juice, Azo cranberry pills and Palo Azul for drug test
Does cranberry juice clean your system from weed?
08.5k.
We use cookies to ensure that we give you the best experience on our website. If you continue to use this site we will assume that you are happy with it.Ok